skip to main | skip to sidebar

The above video of mine is the proverbial snowball of this controversy. This was taken on a whim after our trip to the Campaign for Liberty Convention and during our investigation into the Georgia Guidestones. This details a subject I have blogged about before, concerning the charity group INVISIBLE CHILDREN.

As the snowball begins to roll down the hill and grow into a mammoth sized boulder of controversy, I'd like to make a couple of observations/clarifications...

Check out the bees I unintentionally released into the bonnets of these guys:

"Despite written BBB Wise Giving Alliance requests in the past year, this organization either has not responded to Alliance requests for information or has declined to be evaluated in relation to the Alliance’s Standards for Charity Accountability."

Why the sudden noncompliance with the BBB and the lack of transparency? Is the money which is so selflessly given being used to for ulterior motives? Is Invisible Children a RACKET?

"Invisible Children has won $1 million as the winner of the Chase Community Giving contest on Facebook. However, this victory may come with a price, as the final days of the contest spurred accusations of voter fraud."

INVISIBLE CHILDREN PUTTING THEIR FAITH AND POSSIBLY YOUR DONATION INTO OBAMA??? THE ONLY NOBEL PEACE PRIZE WINNER TO HAVE THE DECEPTIVE SKILLS OF VERBAL KUNG FU FOOLERY TO PROMOTE PEACE WHILE WAGING ORWELLIAN ENDLESS WAR IN AFGHANISTAN AND IRAQ, WHILE USING ROBOTIC UNMANNED DRONES TO BOMB PAKISTAN???

OR THE The LRA Disarmament and Northern Uganda Recovery Act:

"If the final bill passes Congress, it will then be sent to President Obama for a final signature. Once the President inks his name to the bill, it becomes law. That’s when his administration gets down to business developing the strategy to stop Kony, protect people from LRA attacks and help put northern Uganda on the path to permanent peace."

"President Obama’s signature on the legislation mandates that President Obama devise a plan within 180 days to help stop LRA violence and also take steps to assist communities in northern Uganda. But there is no guarantee that these plans will be adequate or effective. That’s why it remains critical that Americans of all stripes call for President Obama to take ending this crisis seriously, and for our government to take the steps that can actually help bring peace."

Maybe I'm reading too much into this, but it seems that whomever wrote the above quotes doesn't think that some peaceful negotiations are going to be the solution...Reread the quotes and pay special attention to the italicized words (my doing).

"Sorry man, but when you said "a child army that's kidnapped, or something like that", all credibility went out the window. If you want to burn an organization, at least research enough so you can properly explain what they claim they're trying to do.Even if we are a front,﻿ which we are."

I know that this post will incite some anger and controversy. Before your fingers begin to type away in righteous indignation, realize who you are writing to. I am a Christian who takes his faith seriously. I pray for my enemies. I try to live the Beatitudes. I am pro-peace and anti-war. I am an RN. I care for the sick, poor, and needy on a daily basis. If I could somehow take all of those poor children into my household I would..But I resist the urge to give money simply to relieve my guilt for living in a prosperous country. I would feel even more dejected if I learned that my dollars, which only cost me time to earn them, somehow funded a peacekeeping mission which was a new Endless War in disguise. I know enough about recent American History and Events to comprehend that our Military Industrial Complex cannot promote or maintain peace via war and occupation.

I encourage anyone who has stuck around this long to read the following books:

'A Foreign Policy of Freedom' Ron Paul (link below for purchase)

Who is Andrew Mwenda?

Mr Mwenda says that much of the money which comes from the international donor community "lines the pockets of civil servants, high end health workers and politicians".

Now, Mr Mwenda is speaking the truth! He is like an African Ron Paul!!!

Blogs/Sites of the Week

If you are interested in attending our next discussion/education group please email me at TNSONSOFLIBERTY@COMCAST.NET

Thanks for visiting this blog...I understand this is a lot of information. Some of it is scientific truth, objective truth, opinion, and observational truth from researching cyclical history. Some posts are also speculation. Please do not become overwhelmed by the sheer amount of information. I encourage you to start with one subject. Type in any subject into the search bar or browse the Labels on the right hand side of the screen.

If you wish to share any of your videos, links, or essays please contact me and I will gladly post them on my blog to help cross promote a message of truth and liberty.

J. Fuller
I blog about multiple subjects. In the interest of spreading the most information in a concise and efficient manner, I am revamping my various websites. Stay tuned. Both political parties are corrupt. The Federal Reserve must be audited and dismantled. Preparedness is not paranoia. Have a blessed day. 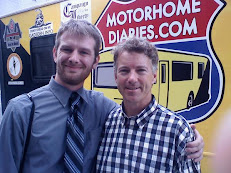 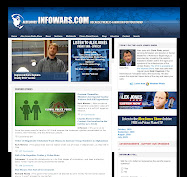 It does not take a majority to prevail...but rather an irate, tireless minority, keen on setting brushfires of freedom in men's minds. -Samuel Adams

In the beginning of a change, the Patriot is a scarce man, brave, hated and scorned. When his cause succeeds, however, the timid join him, for then it costs nothing to be a Patriot -Mark Twain

"You do not become the dissident, just because you decide one day to take up this most unusual career, you were thrown into it by your personal sense of responsibility combined with a complex set of external circumstances. You are cast out of the existing structures, and placed in a position of conflict with them. It begins as an attempt to do your work well, and ends up with you being branded as an enemy of society." -Vaclev Havel

All truth passes through three stages. First, it is ridiculed. Second, it is violently opposed. Third, it is accepted as being self-evident. -Arthur Schopenhauer

"Truth crushed to the earth is truth still and like a seed will rise again." Jefferson Davis

Don't you see that the whole aim of Newspeak is to narrow the range of thought? In the end we shall make thoughtcrime literally impossible, because there will be no words in which to express it -George Orwell

One man with courage is a majority.
-Andrew Jackson

...if liberty must perish, or the government be overthrown, I would not hesitate, at the hazard of life, to resort to revolution, and to tear down a corrupt government that could neither be reformed nor borne by freemen. - John C. Calhoun

"Educate and inform the whole mass of the people... They are the only sure reliance for the preservation of our liberty."

"On the altar of God, I swear eternal hostility against all forms of tyranny over the mind of man." - Thomas Jefferson

"But the principle for which we contended is bound to reassert itself, though it may be at another time and in another form." -Jefferson Davis, President of the Confederate States of America

"So long as the people do not care to exercise their freedom, those who wish to tyrannize will do so; for tyrants are active and ardent...to put shackles upon sleeping men.
— Voltairine de Cleyre (1886-1912)

Tu ne cede malis, sed contra audentior ito...
Do not give in to evil, but proceed ever more boldly against it.
-Ludwig von Mises's childhood motto from Virgil


"Any society which suppresses the heritage of its conquered minorities, prevents their history or denies them their symbols, has sown the seeds of their own destruction." ~Sir William Wallace, 1281 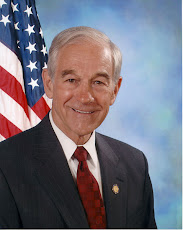 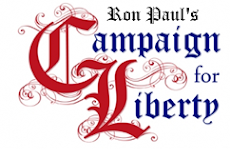 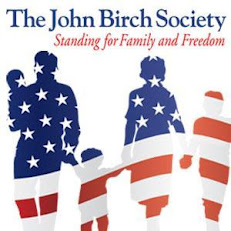 BRING DOWN THE CABLE INDUSTRY 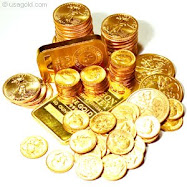 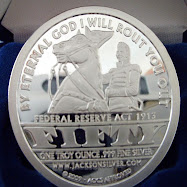 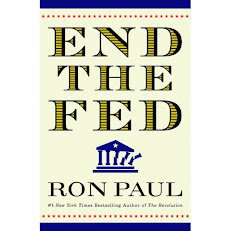 A legitimate and alternative source of information on the Swine Flu...Only 5$ to cover shipping! I received my copies quickly and made a new friend/contact. Email psegrave@yadtel.net for more information.

'End the Fed' by Ron Paul

'The Revolution: A Manifesto' by Ron Paul

'The South was Right' by James and Walter Kennedy

'The Real Lincoln' by Thomas DiLorenzo

'The Fourth Turning' by William Strauss and Neil Howe

'The Left, The Right, and the State' by L. Rockwell Jr.

'Conscience of a Conservative' by Barry Goldwater

What Obama learned at Harvard University:

THE TEN PLANKS OF SOCIALISM:
as written by Karl Marx and Frederick Engels in 1848.

1. Abolition of property in land and application of all rents of land to public purposes.
2. A heavy progressive or graduated income tax.
3. Abolition of all rights of inheritance.
4. Confiscation of the property of all emigrants and rebels.
5. Centralization of credit in the banks of the state, by means of a national bank with state capital and an exclusive monopoly.
6. Centralization of the means of communication and transport in the hands of the state.
7. Extension of factories and instruments of production owned by the state; the bringing into cultivation of waste lands, and the improvement of the soil generally in accordance with a common plan.
8. Equal obligation of all to work. Establishment of industrial armies, especially for agriculture.
9. Combination of agriculture with manufacturing industries; gradual abolition of all the distinction between town and country by a more equable distribution of the populace over the country.
10. Free education for all children in public schools. Abolition of children's factory labor in its present form. Combination of education with industrial production, etc. 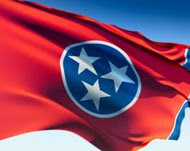 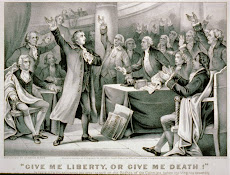 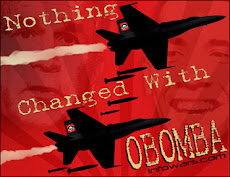 Click here to check out
The Middle Tennessee Campaign for Liberty!

16He also forced everyone, small and great, rich and poor, free and slave, to receive a mark on his right hand or on his forehead, 17so that no one could buy or sell unless he had the mark, which is the name of the beast or the number of his name. Revelations 13:16

These things have I spoken unto you, that in me ye may have peace. In the world ye have tribulation: but be of good cheer; I have overcome the world.
John 16:33

O Divine Master, grant that I may not so much seek to be consoled as to console;
to be understood as to understand;
to be loved as to love.

Our Father, who art in heaven,
hallowed be thy name.
Thy Kingdom come,
thy will be done,
on earth as it is in heaven
Give us this day our daily bread.
And forgive us our trespasses,
as we forgive those who trespass against us.
And lead us not into temptation,
but deliver us from evil.
For thine is the kingdom, the power and the glory. for ever and ever. Amen

"Whatever our failings may be, we need not lower our eyes in the presence of Jesus . . . we need not hide all that is ugly and repulsive in us. Jesus comes not for the super-spiritual but for the wobbly and weak-kneed who know they don't have it all together, and who are not too proud to accept the handout of amazing grace . . . There they are. There we are – the multitude who so wanted to be faithful, who at times got defeated, soiled by life, and bested by trials, wearing the bloodied garments of life's tribulations, but through it all clung to the faith. " Brennan Manning "Ragamuffin Gospel"

"God loves us as we are, not as we should be, because no one is as he should be."
"My deepest awareness of myself is that I am deeply loved by Jesus Christ and I've done nothing to earn it or deserve it."
Brennan Manning

"But I tell you: Love your enemiesi and pray for those who persecute you"